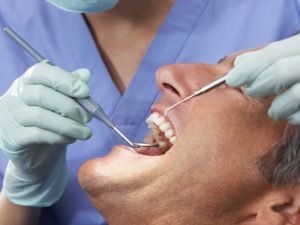 By: Salynn Boyls of MedPage Today

Screening for diabetes during a dental office visit is feasible and may represent an effective strategy for identifying millions of Americans who are diabetic or pre-diabetic but don’t know it, researchers said here.

As many as 30% of the 29 million diabetics in the United States have not been diagnosed, and 90% of the estimated 86 million Americans with prediabetes are also unaware of their risk, Saleh Aldasouqi, MD, of Michigan State University, East Lansing, said at an afternoon media briefing from the American Association of Clinical Endocrinologist’s 24th Annual Scientific and Clinical Conference.

Earlier in the day, Aldasouqi presented findings from a prospective study of 500 consecutive patients who completed a 14-question diabetes risk survey in their dentists’ office. The dental patients also agreed to have a finger stick blood draw to measure A1c levels.

None of the patients had a prior diagnosis of diabetes or pre-diabetes, and the screening revealed that 19.2% were pre-diabetic and 1.2% had diabetes.

“This was a cohort of patients attending a suburban dental practice who were more likely than the general population to see a physician regularly,” Aldasouqi said, adding that the diagnostic potential of dental-office screening would likely be much higher among populations who see a dentist more often than a doctor.

“60% to 70% of the population visits a dentist once or twice a year, and many of these people don’t have a family doctor,” he told MedPage Today. “I see great opportunity for screening (in the dental office setting).”

‘Dental Office Screening is The Future’

Maple told MedPage Today that while very few dentists in the U.S. currently screen for any systemic disease, that is bound to change.

“I can tell you that only 1% to 2% of dental practices in the United States are doing anything right now regarding general health, but it is our future,” she said.

She added that the bidirectional relationship between diabetes and periodontal disease makes a strong case for dental office screening.

The 500-patient study cohort included 302 women and 198 men over the age of 18, with a mean age of 48 years who were treated consecutively at Maples’ practice.

The 14-item survey asked responders to answer ‘yes’ or ‘no’ to questions designed to assess diabetes risk, including “Are you more than 10% above your ideal body weight,?” “Is your waist size over 35″ for women and 40″ for men,?” “Do you tend to be slow to heal from a cut or bruise,?” and “Do you experience experience inexplicable hunger, thirst or frequent urination?”

The survey also included questions about the use of hypertension medications and statins.

1 in 3 Americans Projected to Have Diabetes by 2050

Predictors of prediabetes or diabetes included older age, body weight 10% above normal, waist size about 40″ for men and 35″ for women, hypertension, abnormal lipid levels, tingling in the hands or feet and visual blurring, cataracts and glaucoma.

Maples noted that the projection by the U.S. Centers for Disease Control and Prevention that 1 in 3 Americans will be diabetic by 2050 makes the identification of better strategies for identifying patients with diabetes and prediabetes a huge priority.

“We are really talking about screening all adults, not just people with periodontal disease,” she said. “If we identify people when they are still in the pre-diabetes stage we can help them change behaviors and prevent diabetes.”

Aldasouqi said he became convinced of the potential of dental office diabetes screening to do just that during the course of the study.

“We hope this will be implemented in dental offices around the country,” he said, adding that identifying patients with pre-diabetes is essential because lifestyle modifications and pharmacotherapy can dramatically reduce diabetes risk. 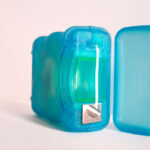 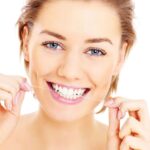 The Benefit of Adding Flossing to Your Routine | Hanover PA Dentist 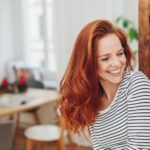